Everyone is not unfamiliar. When PM2.5 is seriously exceeded, the suspended particles in the air are the main culprit for respiratory diseases and cardiovascular diseases. Anti-fog masks are one of the more effective means of dealing with the invisible killer of smog. So the question is, will you choose cheap masks?
Back to the topic, the engine is like the heart of the car, the air filter is actually a truth with the anti-fog mask. First, let’s start with the engine intake system. What is the flow of air before it enters the engine intake?

The first level of air entering the engine through the air filter is the turbocharger. After the compressed air enters the intermediate cold box, it flows through (some engines have the intake preheating system) and the intake line is pressed in. The intake manifold is finally pressed into the cylinder by the manifold and mixed with the diesel to burn.
In fact, the filtration accuracy is not the only criterion for judging the quality of the filter element. The intake resistance is a hard indicator of the quality of the filter.
Then, if the air filter has insufficient filtering accuracy or the intake resistance is not up to standard, what are the hazards? 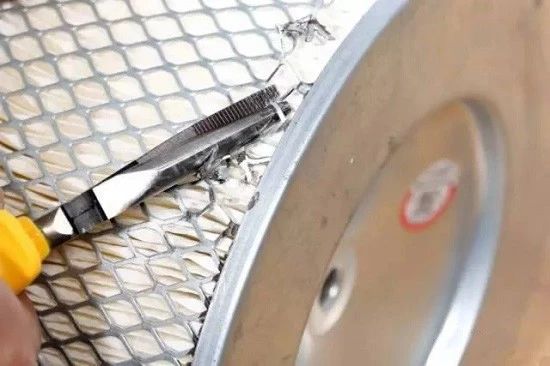 Hazard 1:
Insufficient intake air to reduce combustion efficiency. If the air filter is compared to a mask, poor breathing will inevitably lead to weakened heart pacing. The same reason for the engine, due to excessive intake resistance, insufficient intake will result in lower engine combustion efficiency.
The engine is likely to experience a lack of power. Due to insufficient combustion of the fuel, the carbon deposits will cause serious damage to the in-cylinder components such as the injector and the cylinder head valve.

Hazard 2:
Intake system components are damaged. Due to the lack of air filter filtration accuracy, the amount of dust and impurities entering the engine air is increased, and some parts of the engine are precision parts that are easily damaged by impurities in the air. The first thing to do is the supercharger. The dust in the air will cause the supercharger bearing to wear or even the impeller to break, resulting in oil leakage, poor lubrication of the supercharger and insufficient gas, which will inevitably lead to a decline in engine performance.
The air filter element is mainly composed of a filter screen and a filter material. If the filtering accuracy is insufficient and the filter quality is too poor, it will cause a series of damage to the engine.

Hazard 3
The filter is of poor quality and the adhesive is peeled off. If the filter is broken, it will not only lead to lower filtration accuracy, but the falling iron scrap may be sucked into the turbocharger or cause fatal damage to the blade.

Hazard 4
Blocking the intercooler, the ventilation is worse. After the air is drawn through the turbocharger, the temperature rises sharply. After cooling by the intercooling system, the density of the cold air is greater, allowing more air to enter the cylinder. However, if there are too many impurities in the air, the air permeability of the intercooling system will be deteriorated, and the cooling effect will be reduced.

Hazard 5
Increase engine wear. Dust intake into the intake system will aggravate the wear of components such as cylinders, pistons, piston rings, etc., resulting in reduced engine combustion efficiency and reduced service life. At the same time, this is also the cause of the engine’s power consumption, high power, weakening, and difficulty in starting.